The triangular shape of the plot with sea views and the curved arrangement conditions this residential project. From the street, solid volumes are the protagonists that are lightened with the use of markedly vertical openings, open like fissures. Inwards, the house opens generously to enjoy the Mediterranean and the common spaces. In them, the light is filtered with adjustable wooden slats and it is this light that becomes the key feature. 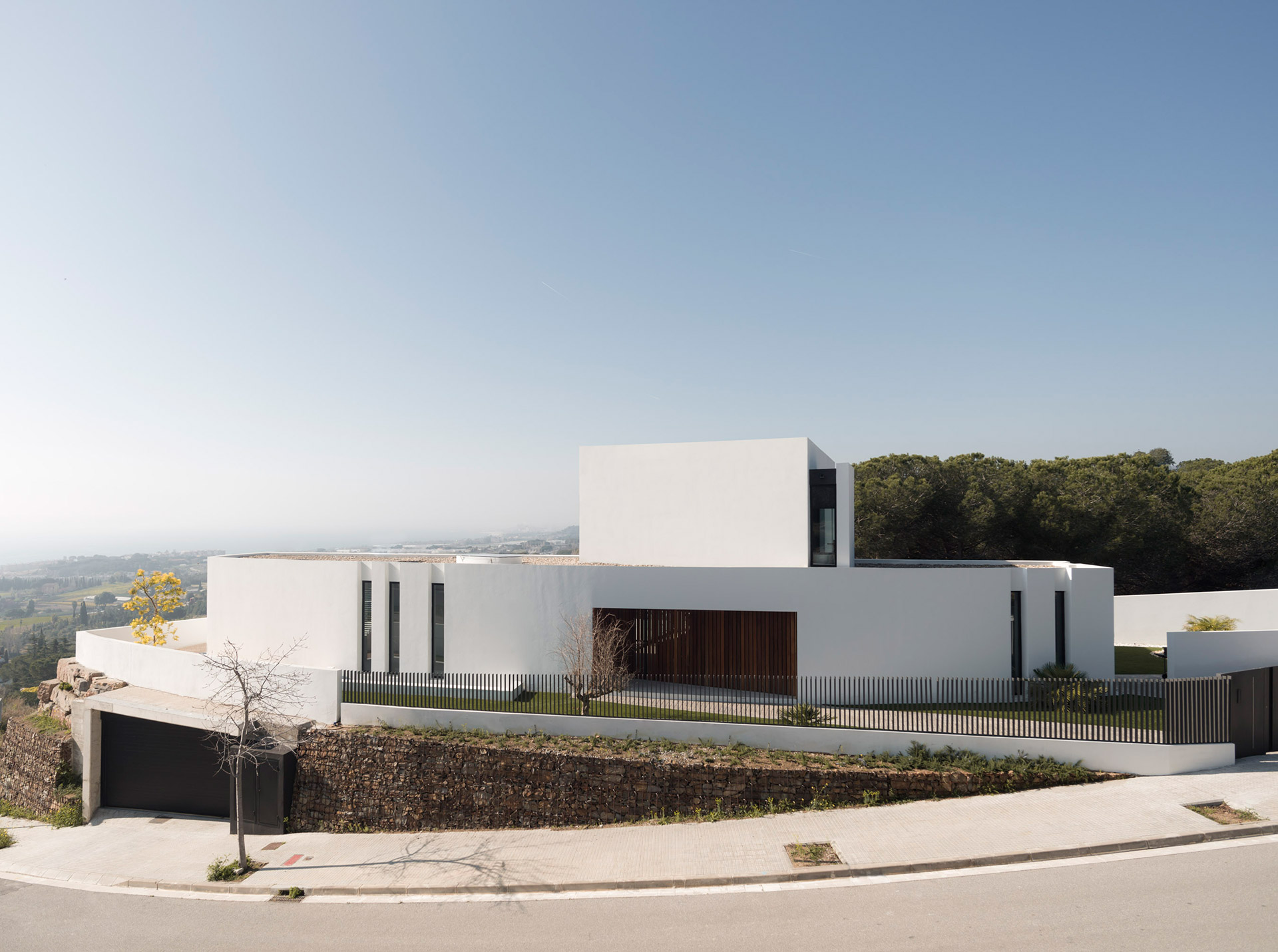 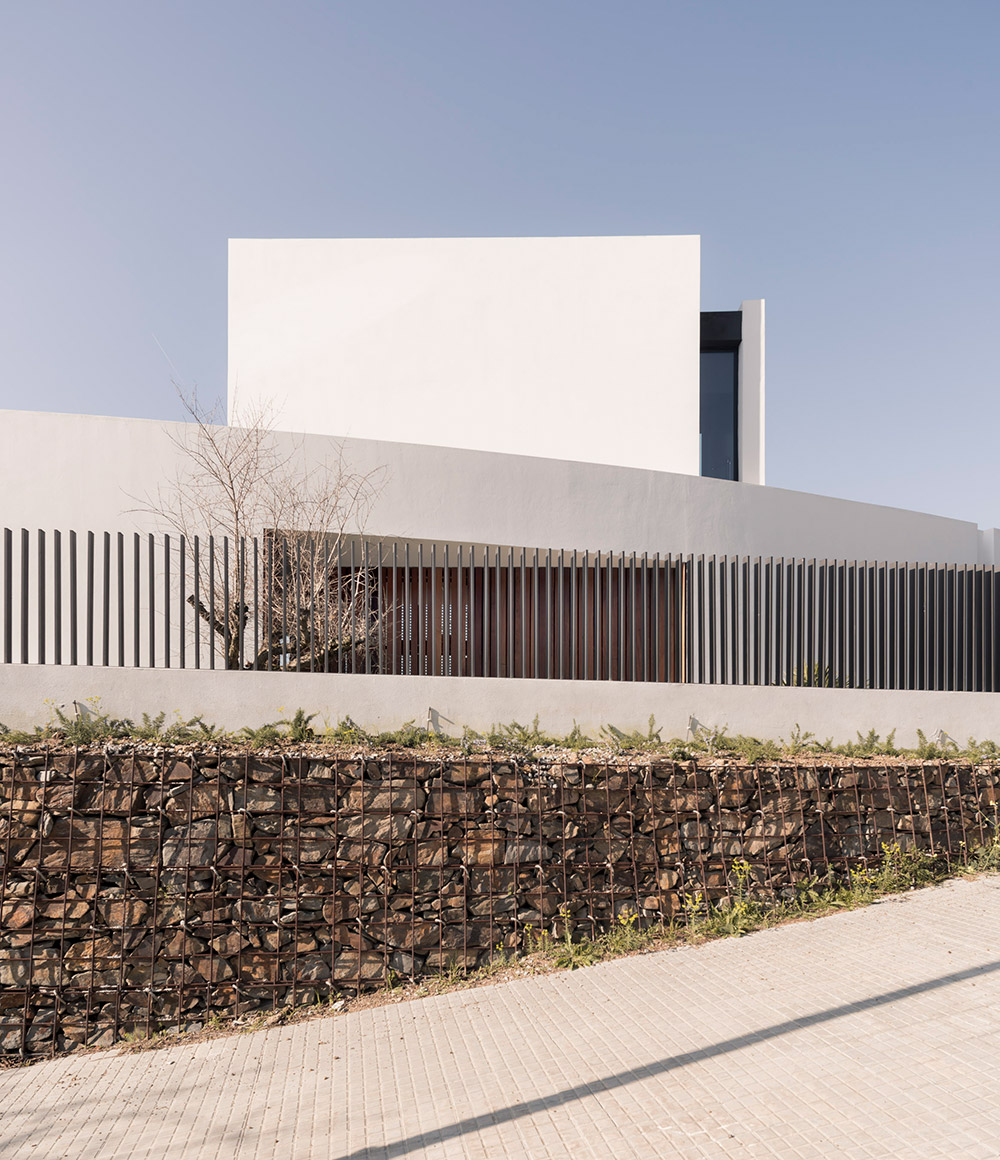 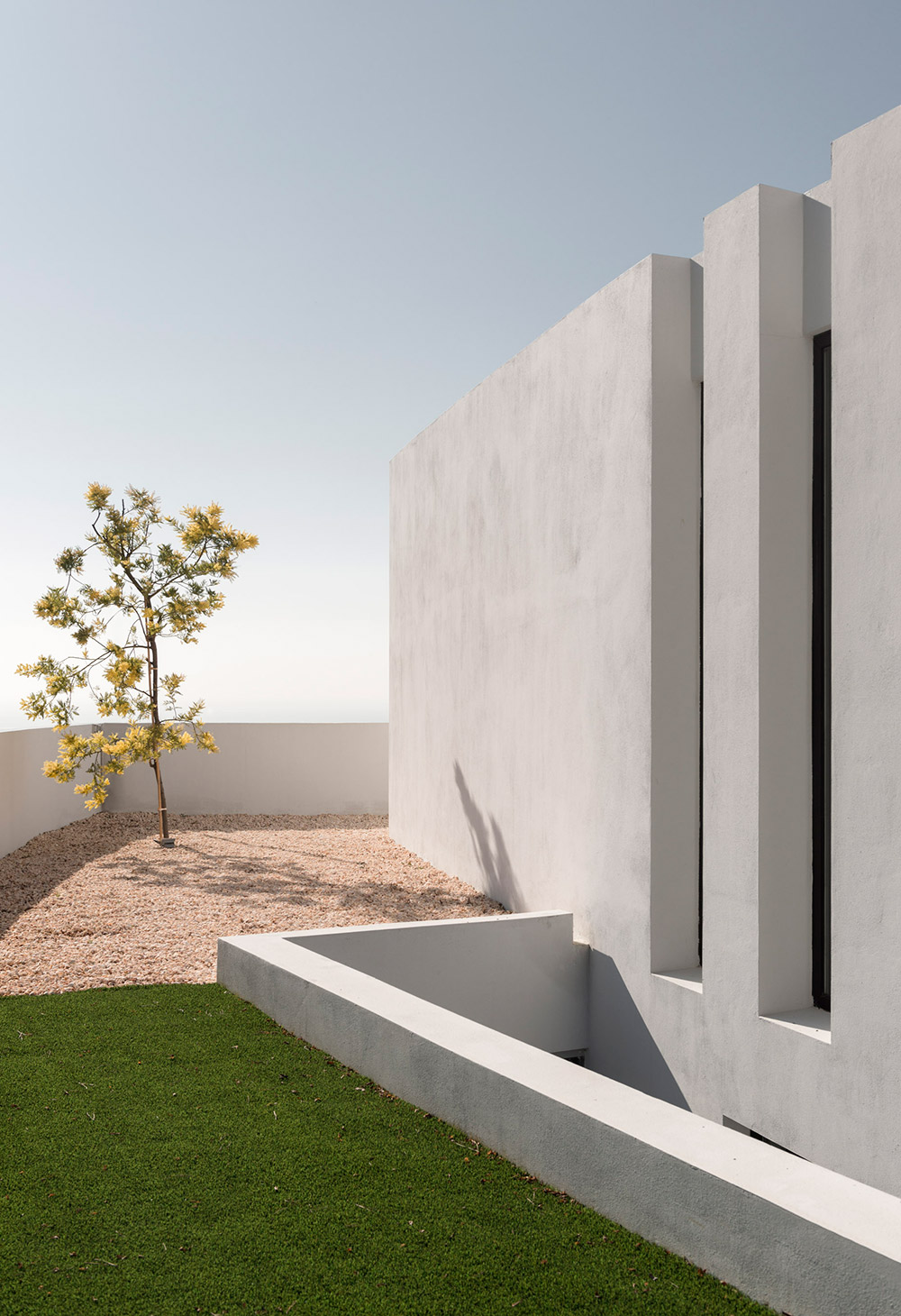 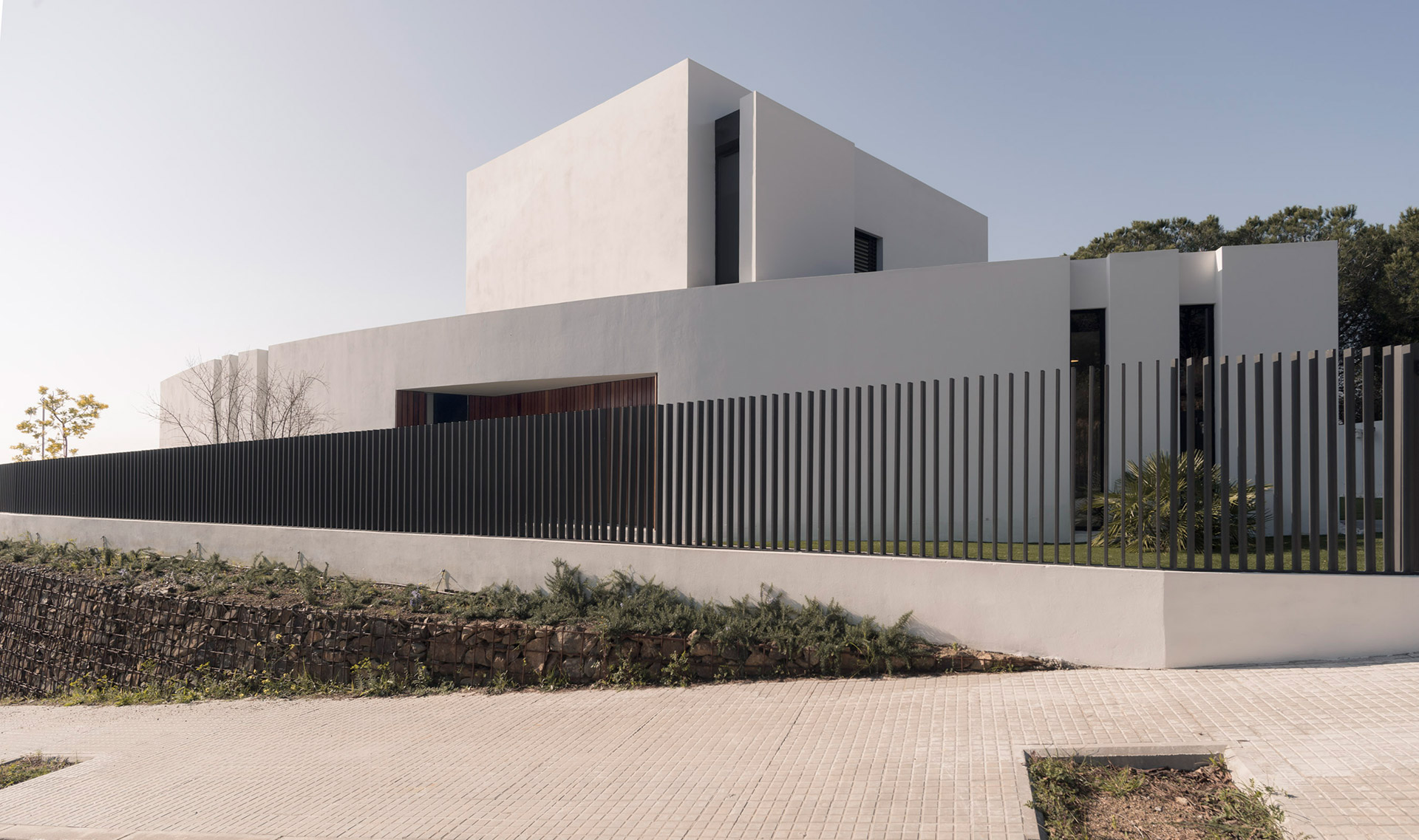 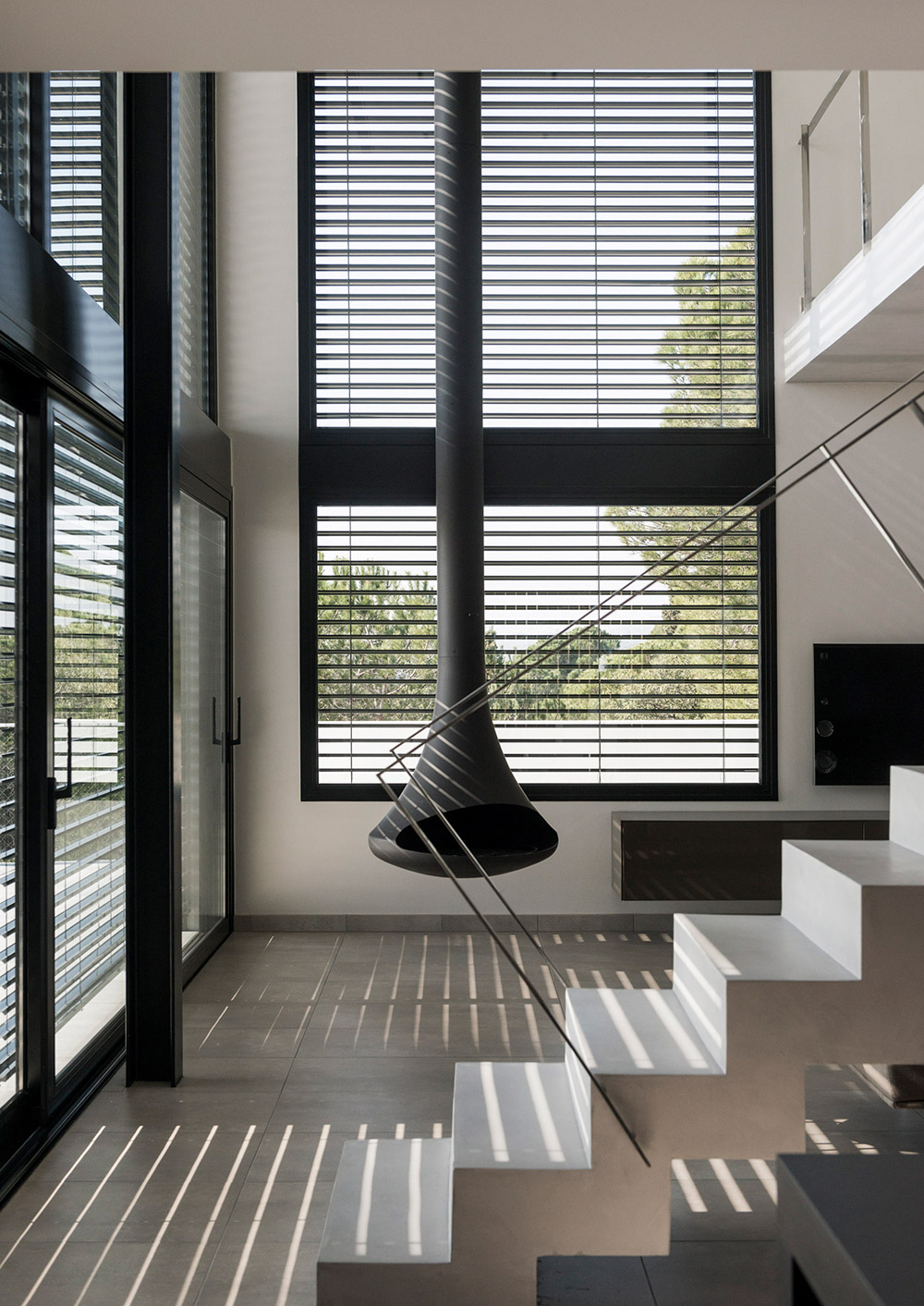 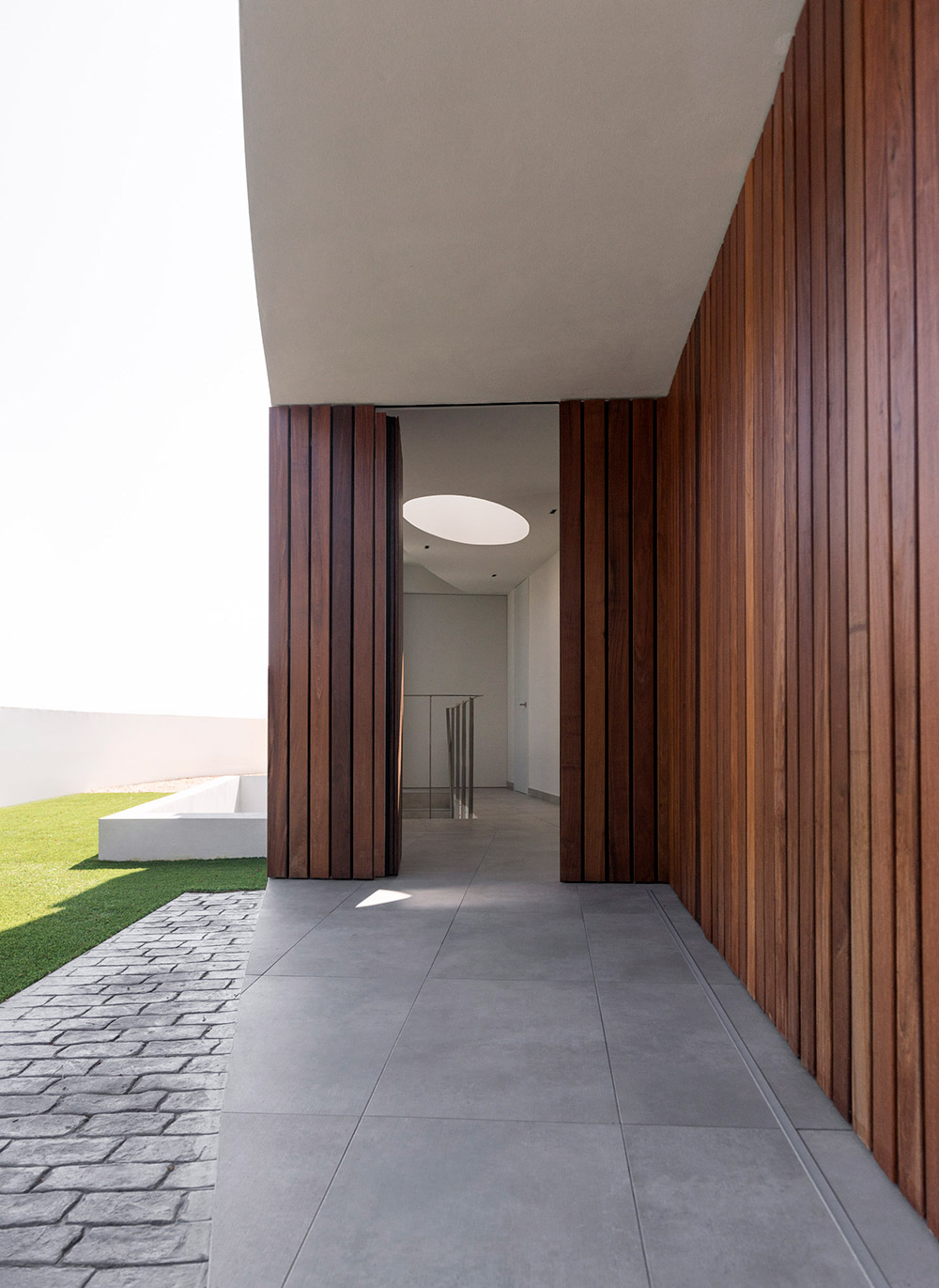 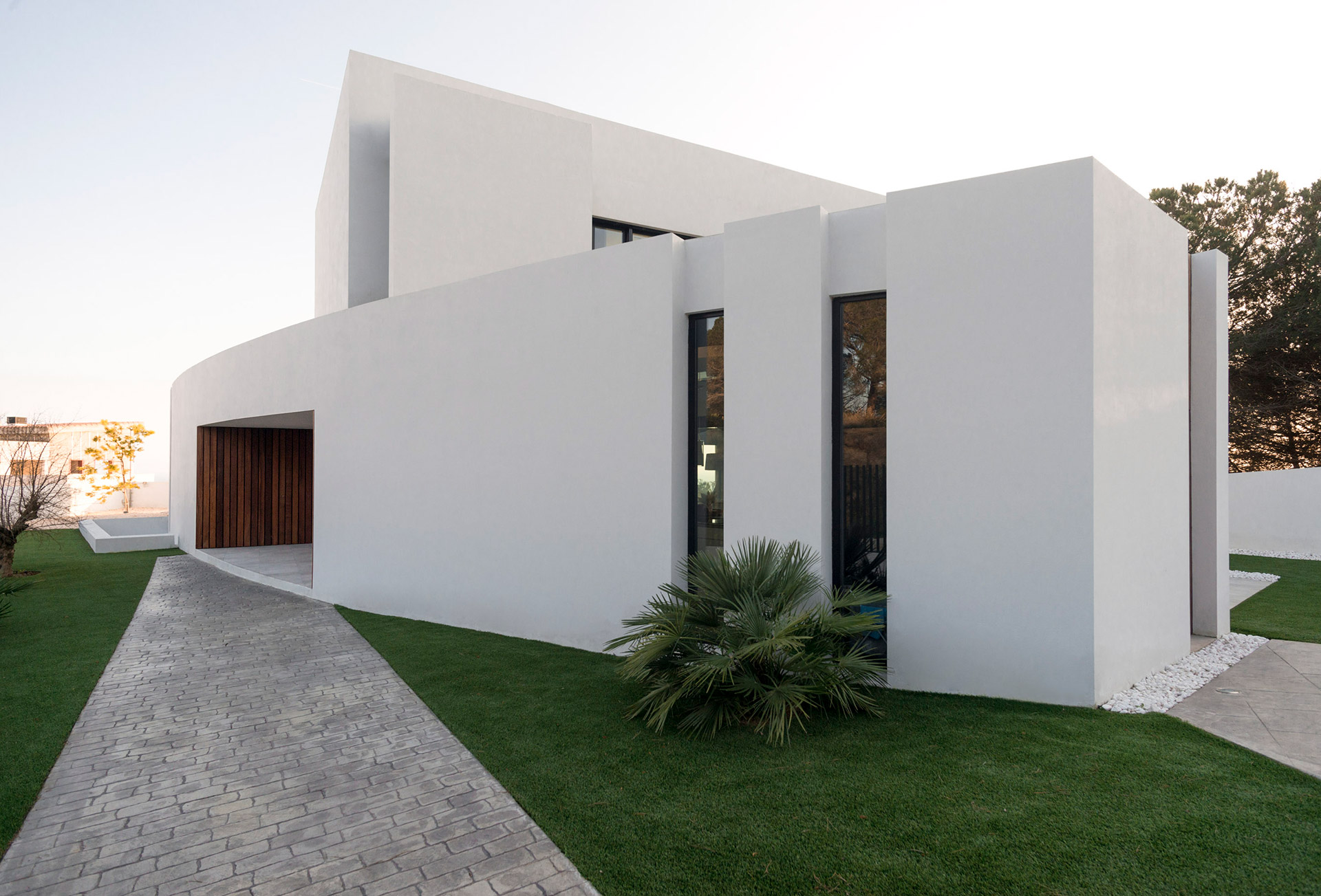 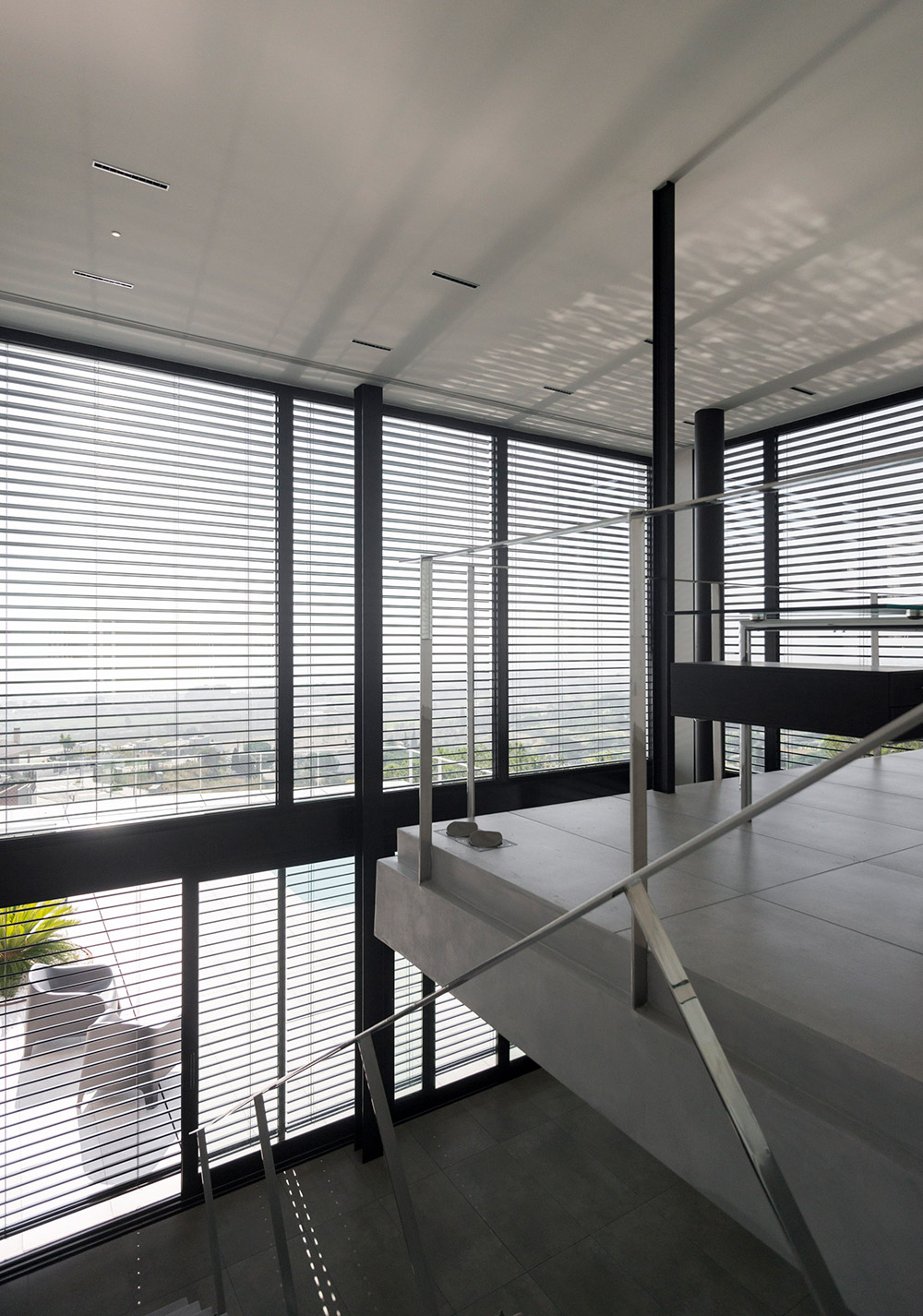 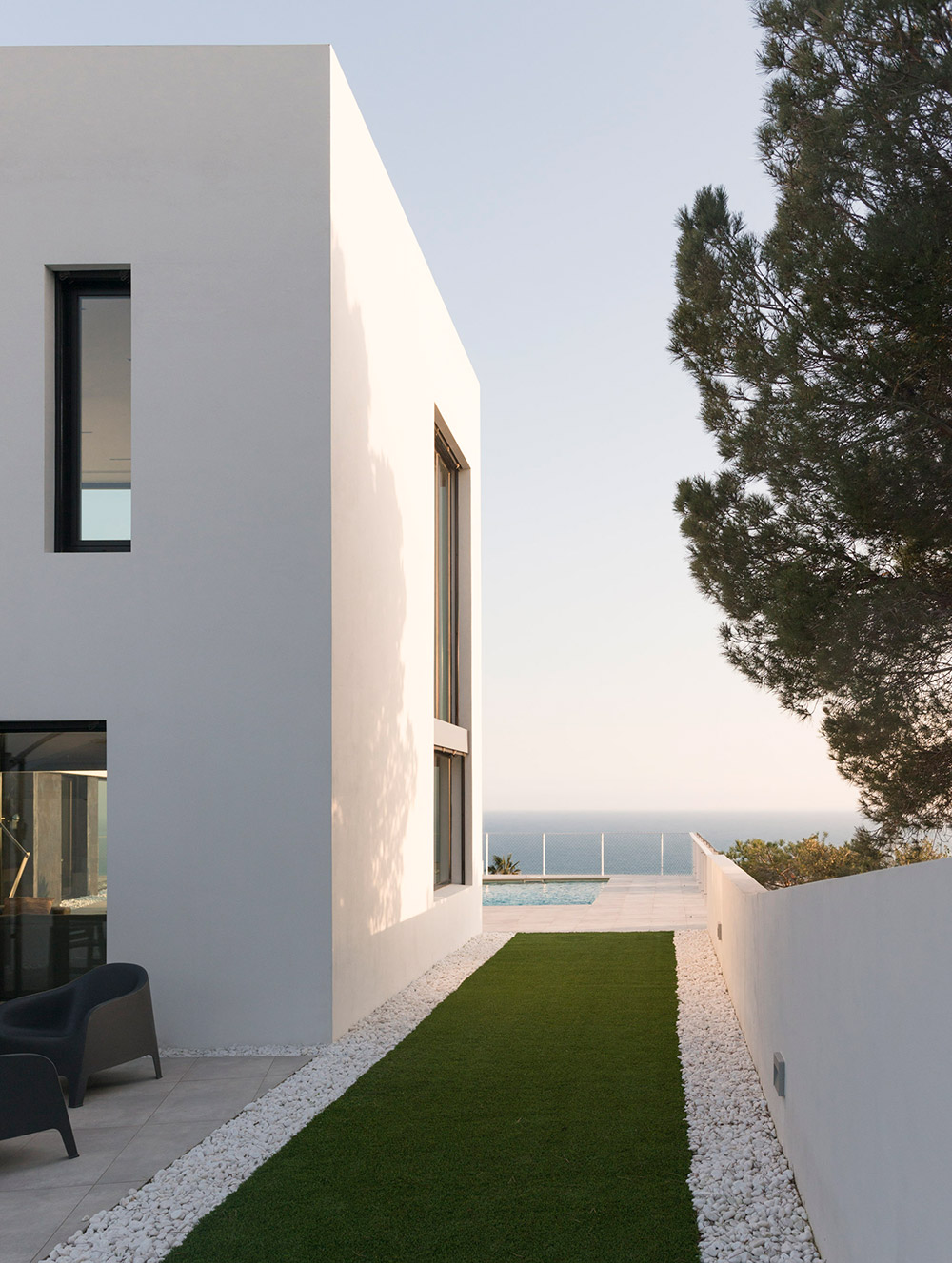 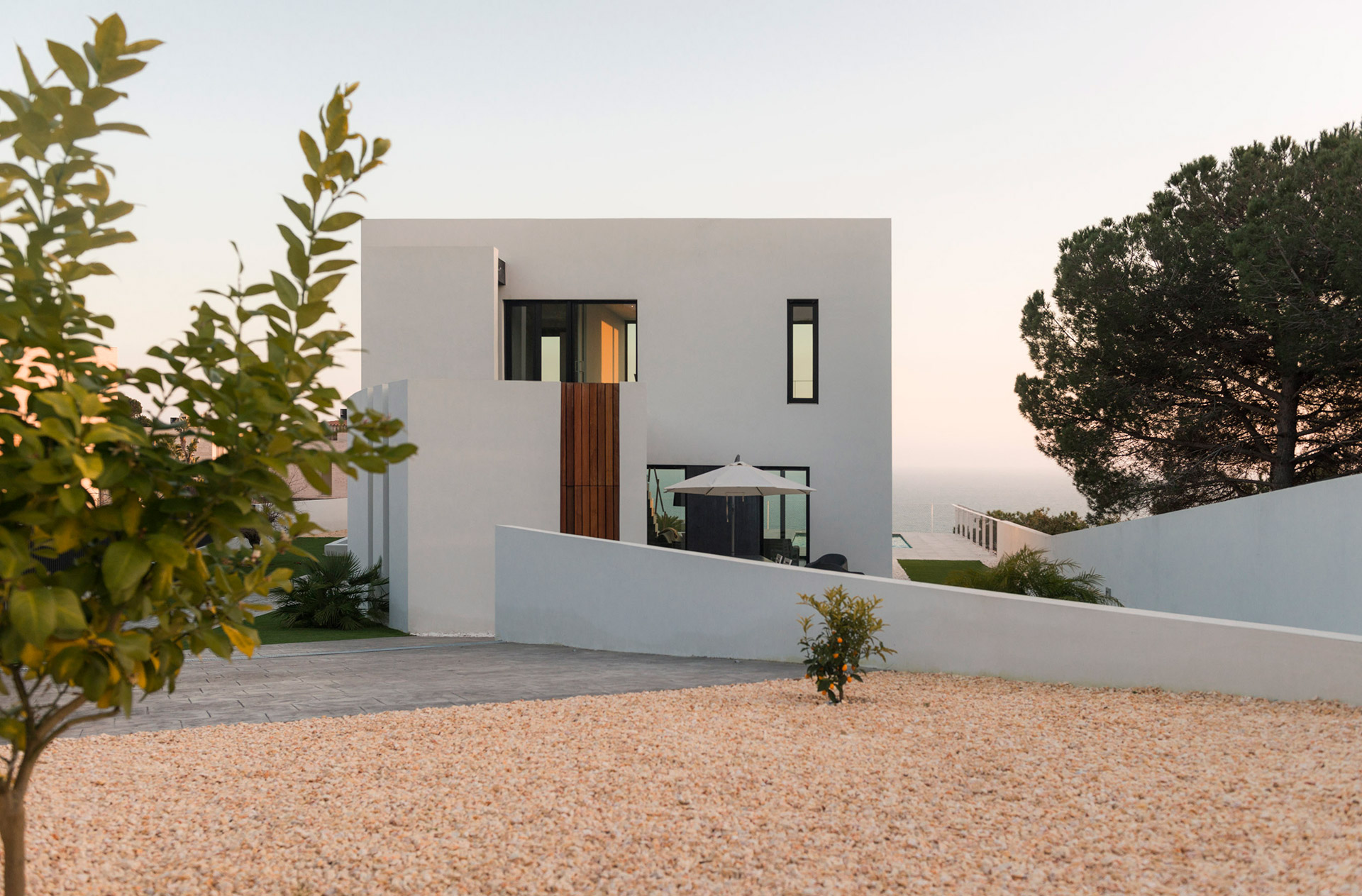 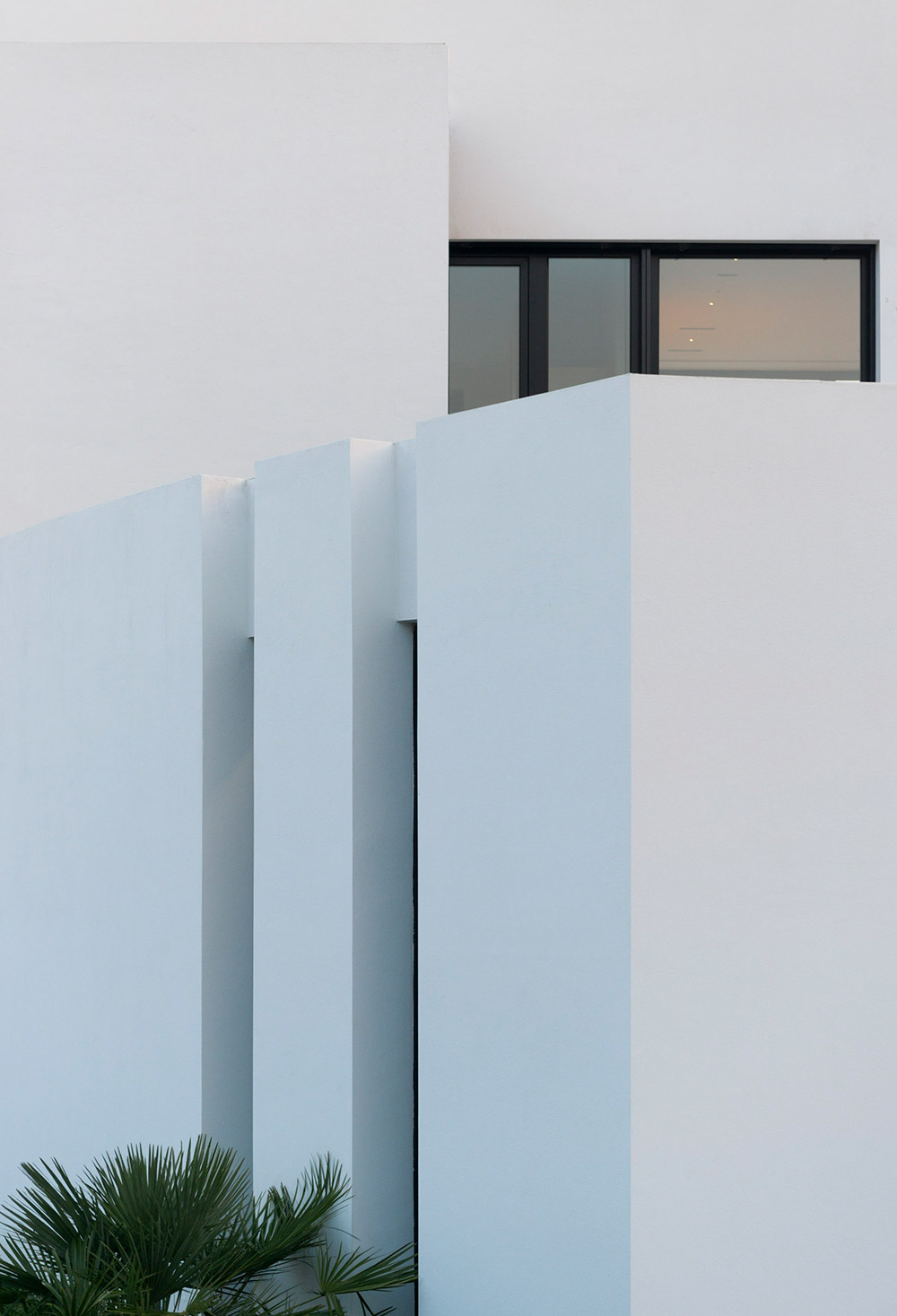 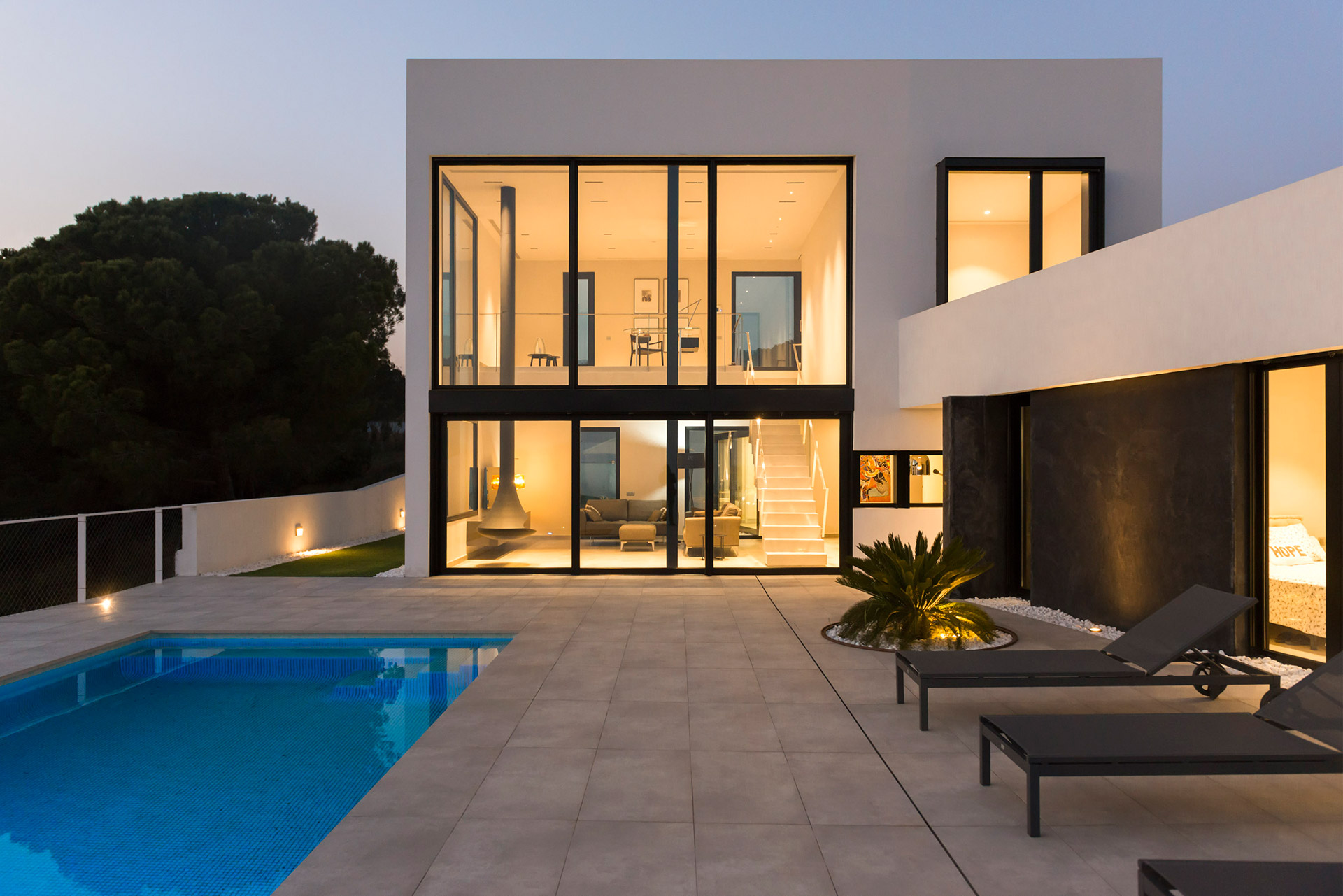 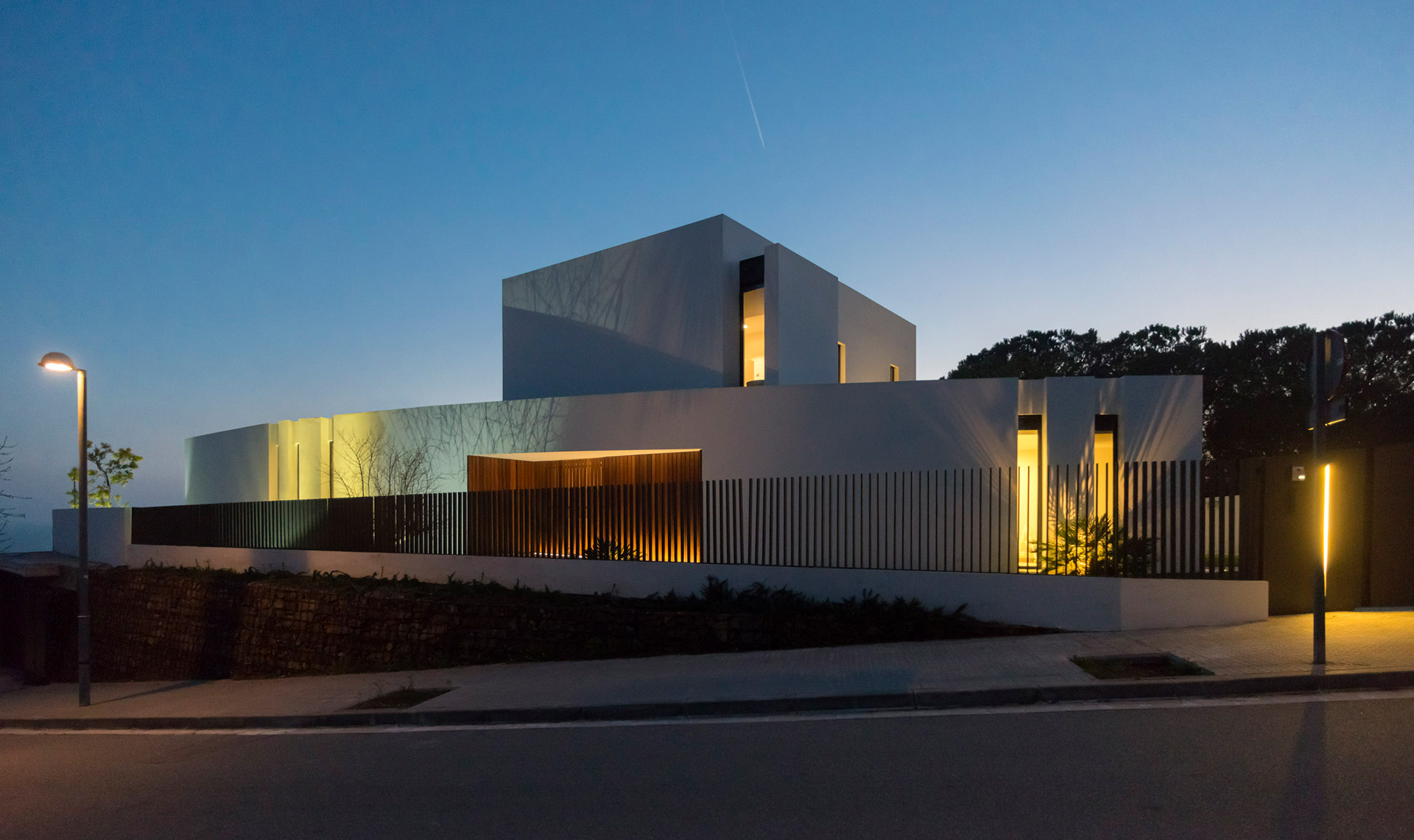 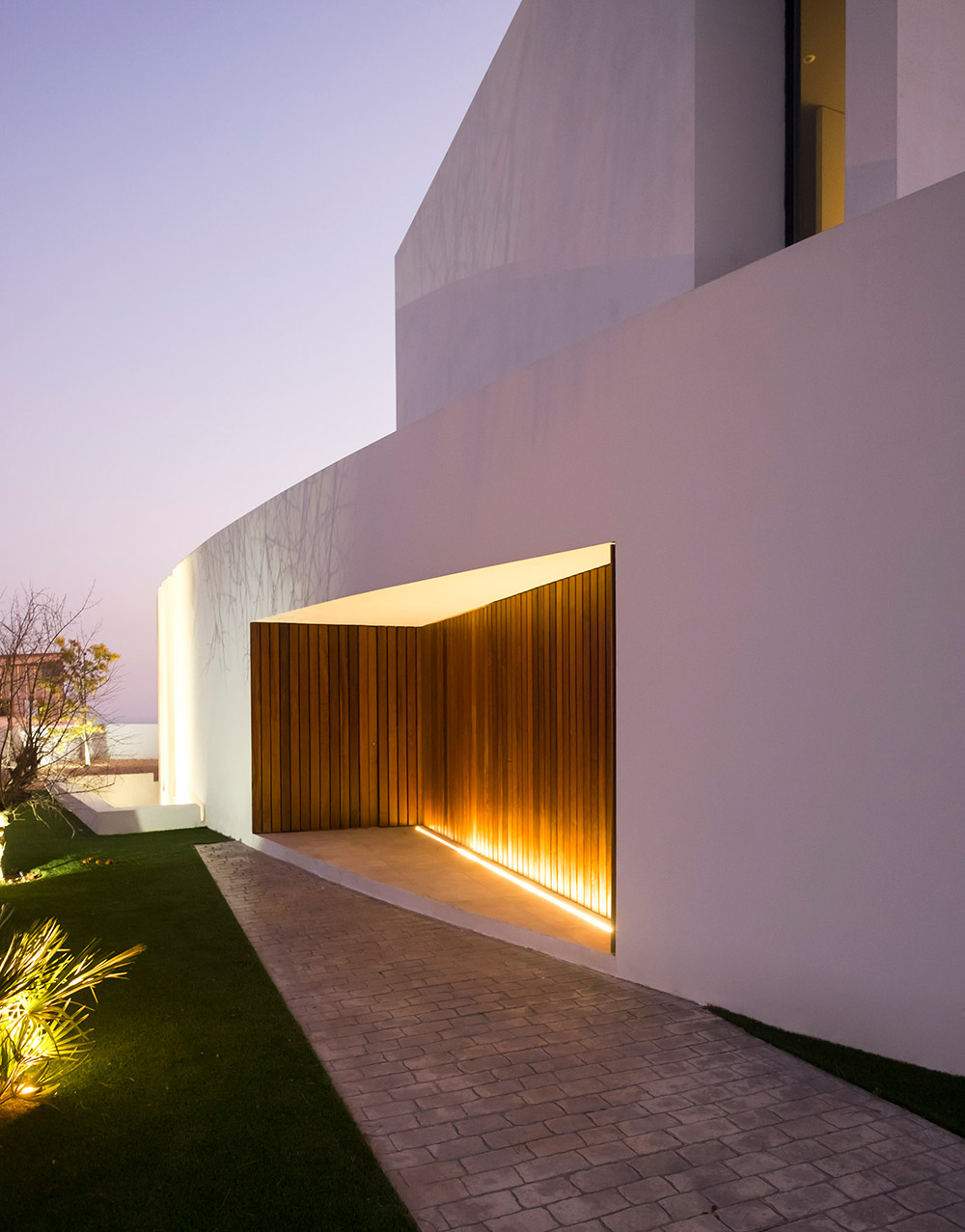 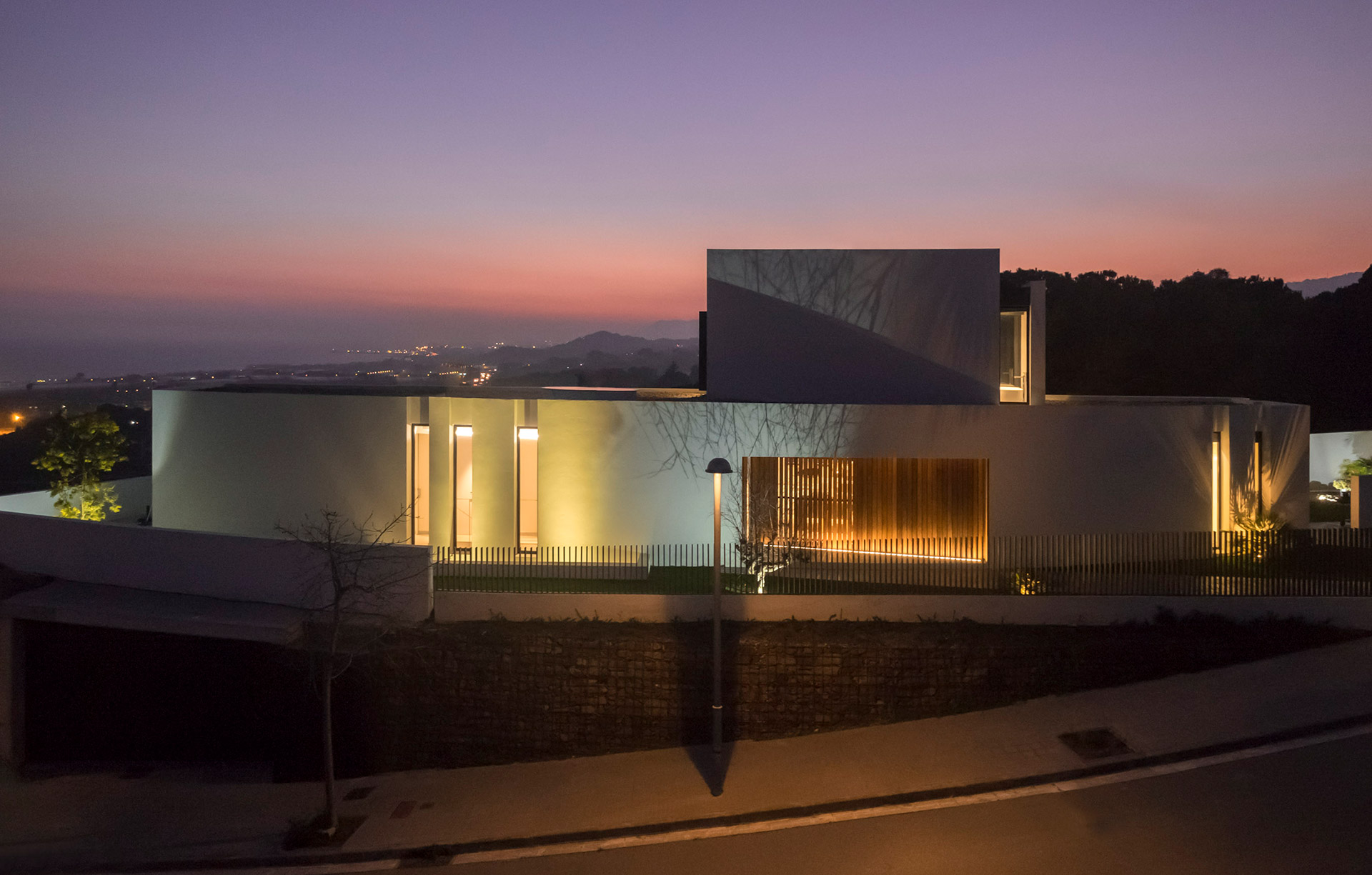 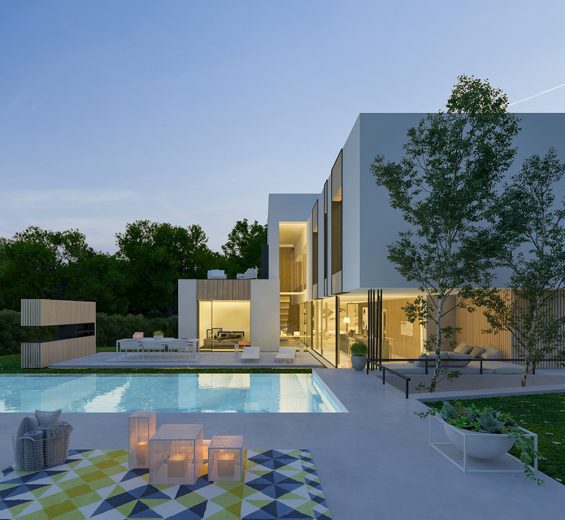 Close the house to the outside and create within it its own nature. Such was the challenge of this project, that translates this intention by contrasting sensations in an extreme way. From the outside, the architecture offers a compact appearance, almost monolithic in its volumetry; the interior, on the other hand, is developed with a clear fragmentary character, since the project is concatenating volumes that are sometimes full, sometimes empty. The latter – again the contrast – use wood to maintain the illusion of forcefulness and continuity, but offer a dematerialized reality with which successive landscapes are generated: patios, gardens, terraces. The result is a delicious permeable interior island composed of pieces that successively open to apparently empty spaces but occupied by careful atmospheres of light and shadow, sounds and aromas. 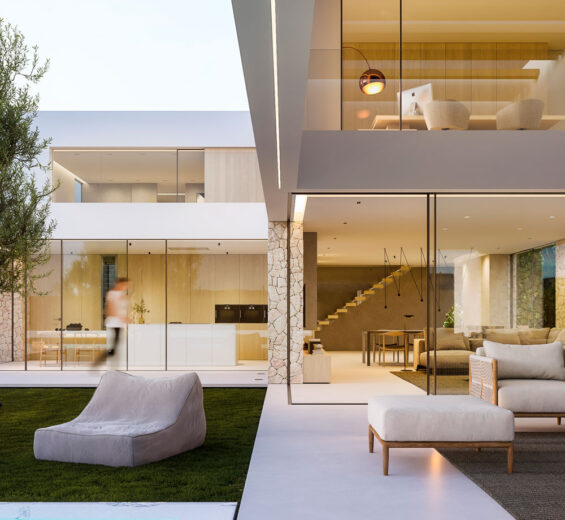 The interior garden of this house is a perfect oasis. Water, vegetation and light combine in it to create a feeling of calm, privacy and privilege which is extended to the rest of the house. The effect produced in the garden is echoed thanks to the presence of generously-sized flown porches that open onto this space and create continuity between the interior and the exterior, isolating it from its surroundings. It does not matter then that, in certain areas, the surroundings are aggressive from the urban point of view: behind the door you will find the tranquility of your own Eden. 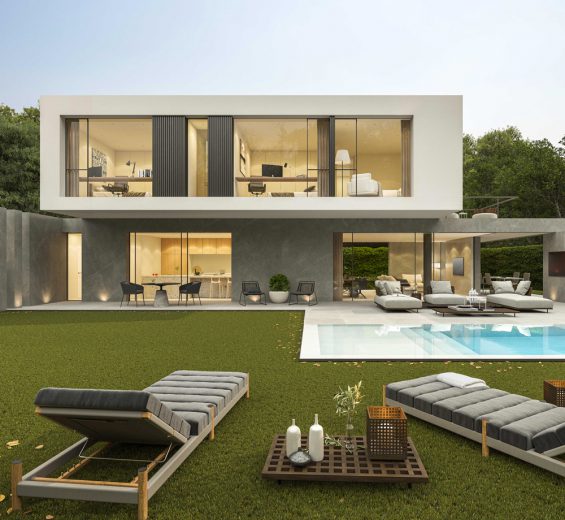 The space of this house is organised from two volumes that rest one on the other. From the outside, both of them dialogue through the materials that surround them. Formally, these same volumes, with their arrangement, articulate the rooms. In addition, they create a large south-facing porch that invites you to enjoy family living in the open air and make several terraces a reality to enjoy moments of total privacy.